In this cauliflower potato salad I replace potatoes with cauliflower.

Why would you ever want to replace potatoes with cauliflower? I know I wouldn’t either except for a couple of very important reasons. First, you could be hypersensitive to nightshade family that includes potatoes. And second, you would want to avoid potatoes if you are working on reducing Glycemic Load of your meals to help your body handle the carbohydrates without spiking your blood sugar. People with blood sugar issues like pre-diabetes, insulin resistance or diabetes need to avoid these fast-acting carbs like potato and rice.

Besides, from nutrition perspective, cauliflowers are far superior to potatoes. They are packed with vitamin C, vitamine K, B6 and folate. As a member of a cabbage family they also provide a similar health boosting profile from a wide range of phytonutrients. You can read more here on cabbage family.

I love cucumbers, which are another key ingredient in the recipe. Here is a quick word for you about them: 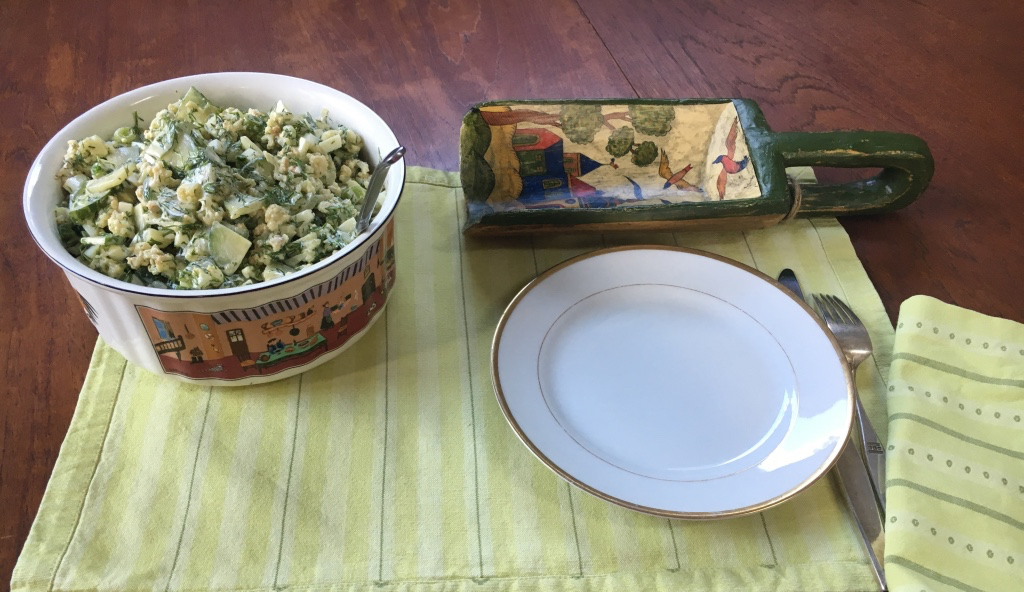