Holodnik is deliciously refreshing on a hot summer day and perfectly hydrating.

I have to admit Holodnik is my comfort food and probably an acquired taste for most people. And yet, I have to share this recipe with you as I believe it’s the healthiest and tastiest cold soup out there. It’s deliciously refreshing on a hot summer day and perfect for staying hydrated. You can think of Holodnik as Gazpacho Russian-style, made with beets instead of tomatoes.

The name of the soup – Holodnik, comes from the Russian word “holod,” which means cold. Some people also call this soup Svekolnik – which means made with beets.

I should warn you that it takes a bit of time to make Holodnik but only because of the cooling time. You boil the beets for 40-50 minutes, depending on their size. Then, you let them cool enough so you can peel and grate them. After that, you put them in boiling water and let them cool again. Sometimes I’ll cook the beets one day and finish the soup the following day.

For this recipe, you only need the beetroots and not the greens. So chose loose beets instead of a bunch of beets with their tops. When making Borsch, I use the whole plant – the roots and the greens. 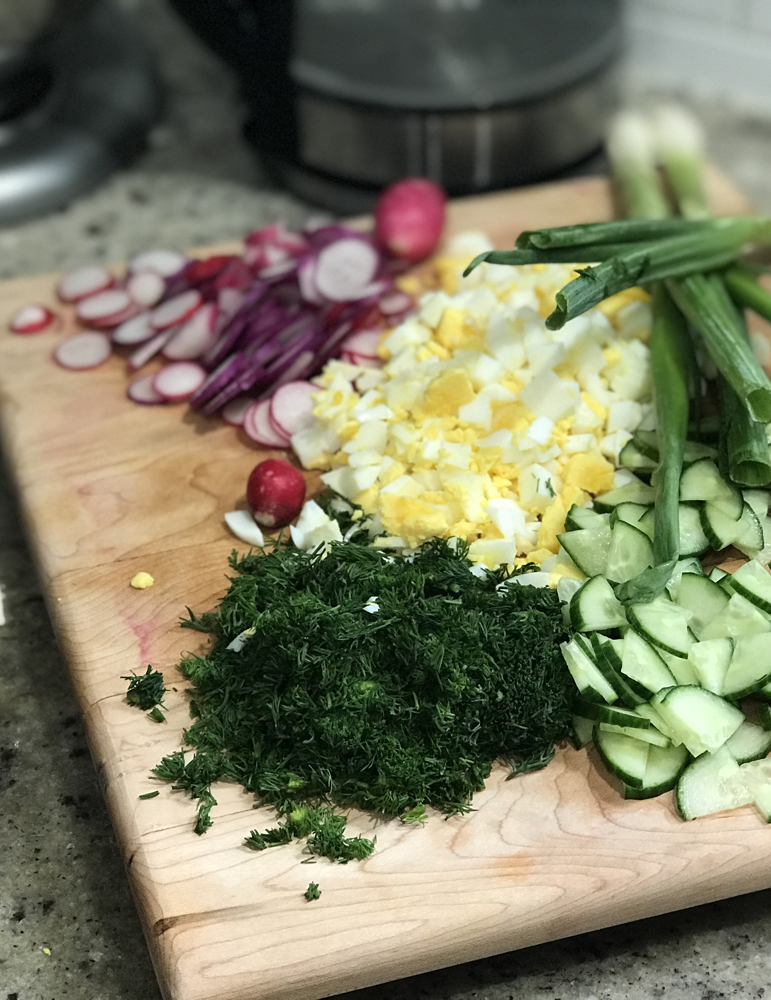