Tom Kha Gai is a traditional Thai chicken and coconut soup. The many delicious spices give the soup its characteristic mix of hot, tart, and umami flavors.

Tom Kha Gai is a traditional chicken and coconut soup from Thailand. The recipe calls for many delicious spices that give the soup its characteristic mix of hot, tart, and umami flavors. Its nutritional density and spice combination keeps our immune system very strong. So it’s perfect during the cold and flus season, for recovery from an illness or just boosting immunity and preventing infections.

Tom Kha soup is also very low in carbohydrates, which makes it really good for people with blood sugar regulation and weight issues. It’s also very rich, so you are not going to get hungry for a while after eating it.

There are many variations to Tom Kha soup and this recipe is my take on the classic. The recipe calls for a lot of ingredients and spices that make the soup so rich and flavorful. Follow the recipe below for the first time and then adjust it to your taste if needed.

Lemongrass is a seductive aromatic herb. In addition to its lemony and peppery sent and taste that works beautifully in many savory dishes (and this soup in particular), lemongrass is a truly medicinal herb. For instance, people traditionally used it to reduce fever, get rid of headaches and other tension pains like muscle spasms or backaches. It can also improve a wide variety of digestive problems. It boosts immune system functioning and help treat infections due to its strong antiseptic qualities.

Did you know that cilantro and coriander are the same plant? We typically refer to the green tops as cilantro and we call the seeds – coriander. Usually, people either love or detest the herb and apparently, it’s your genes that make that decision for us. If you don’t like cilantro you can just omit it. If you enjoy cilantro, don’t be shy  – use lots of cilantro, because it will help you digest rich meals like Tom Kha soup. We call this herb a carminative for its ability to promote digestion and reduce bloating and gas. 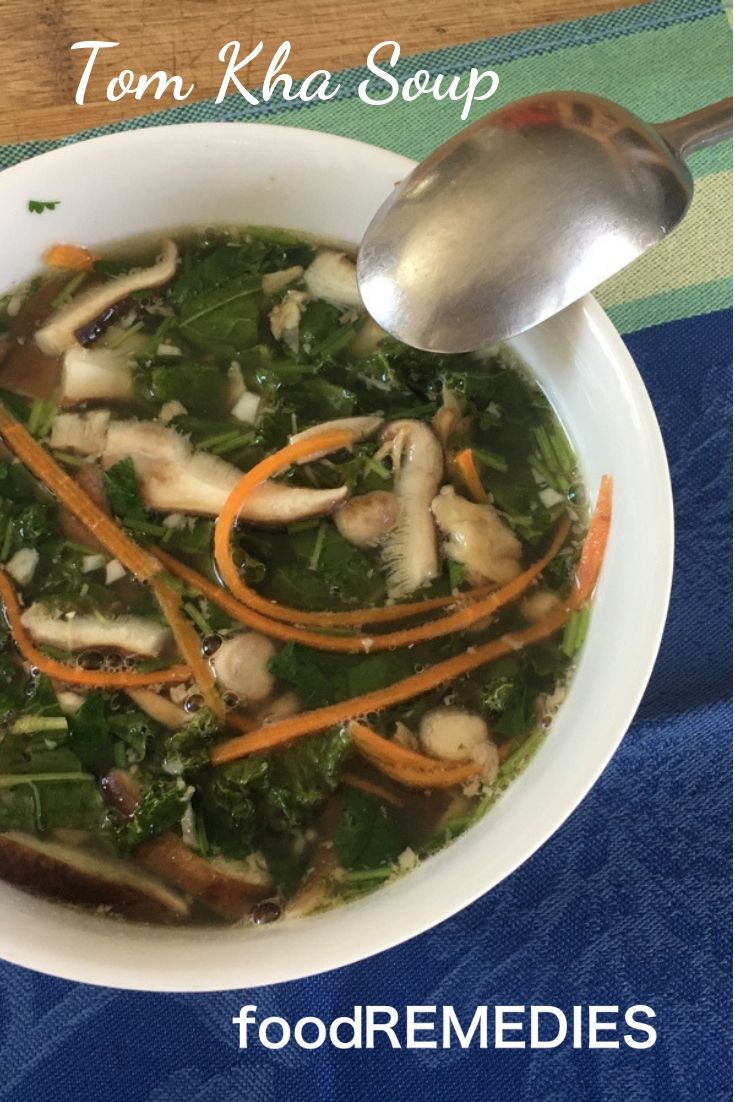